Ursa Health has the ideal solution for participants in CMS's Primary Cares Initiative. FIND OUT MORE 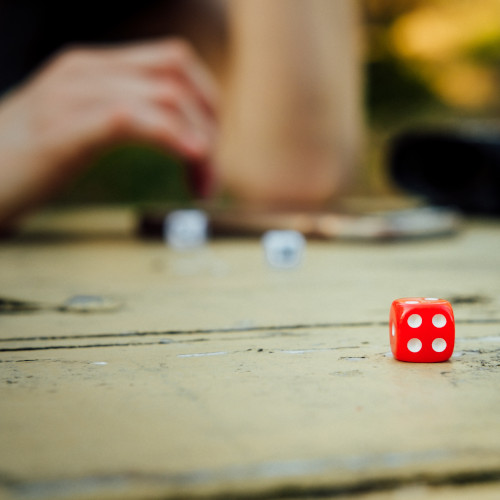 As a senior manager of DevOps, my role is pretty diverse—I do a little bit of everything. Half my time is consulting with clients on things like SQL development and other aspects of customer support. I also make sure we’re extremely solid on the privacy and security front. Part of that work is guiding our HITRUST recertification process. And then I have a role in maintaining our reference data sources as well. In small companies, you do a lot.

I have a bachelor of science degree in computer science from Colorado State University. I’ve worked at HP and Sun Microsystems, which then became Oracle, in roles where I was performing different general programming tasks.

I spent the last 10 years doing research in atmospheric science at Colorado State in primarily a Fortran/Python programmer role. When you’re in research, you don’t get a lot of guidance about how to do things. It’s more “just get it done,” a bit of the Wild West, where I can approach a solution to a problem however I want. A lot of the time I was just picking up new skills, new programming languages, and so on.

I started at Ursa Health in July 2018. Healthcare was a new industry for me, something new to learn. I wasn’t in atmospheric science originally, but I picked it up pretty quickly. I’m a life learner, and there was a lot of opportunity here. Andy (Hackbarth) and Robin (Clarke) were comfortable taking a chance on someone without a healthcare background, which I appreciated. And then Colin (Beam) and I grew up together. I’ve known him since the third grade, so having him here is great.

First, I have freedom here. I can arrange my day the way it makes sense to me. Second, I feel like Robin and Andy are founders but they are very down to earth and don’t flaunt that. They listen to my comments, and as they always say, “There’s no bad idea.” In addition, Robin doesn’t expect you to call him Dr. Clarke, which I really like. And then third, I’m being challenged every day. I’m always learning, and I really enjoy that.

What is one thing your colleagues would be surprised to know about you?

Well, they already know this about me, but I’m a huge board game person. Board games have really changed since my younger days of Monopoly and Uno. Nowadays, I enjoy Cooperative Games, Deck-Building Games, and Worker Placement Games. I’ve been known to travel to weird locations to go to board game cons.

I’ve also been going to away games for the Colorado Avalanche, with a goal of visiting every arena in the NHL to see them play—although not in one year. I get a puck and a beer koozie from each home team, and I had a custom end table built to display the pucks. I always arrive at the city a few days early, so I have a chance to explore a bit, and as a side bonus, it’s really helping me get to know the country.