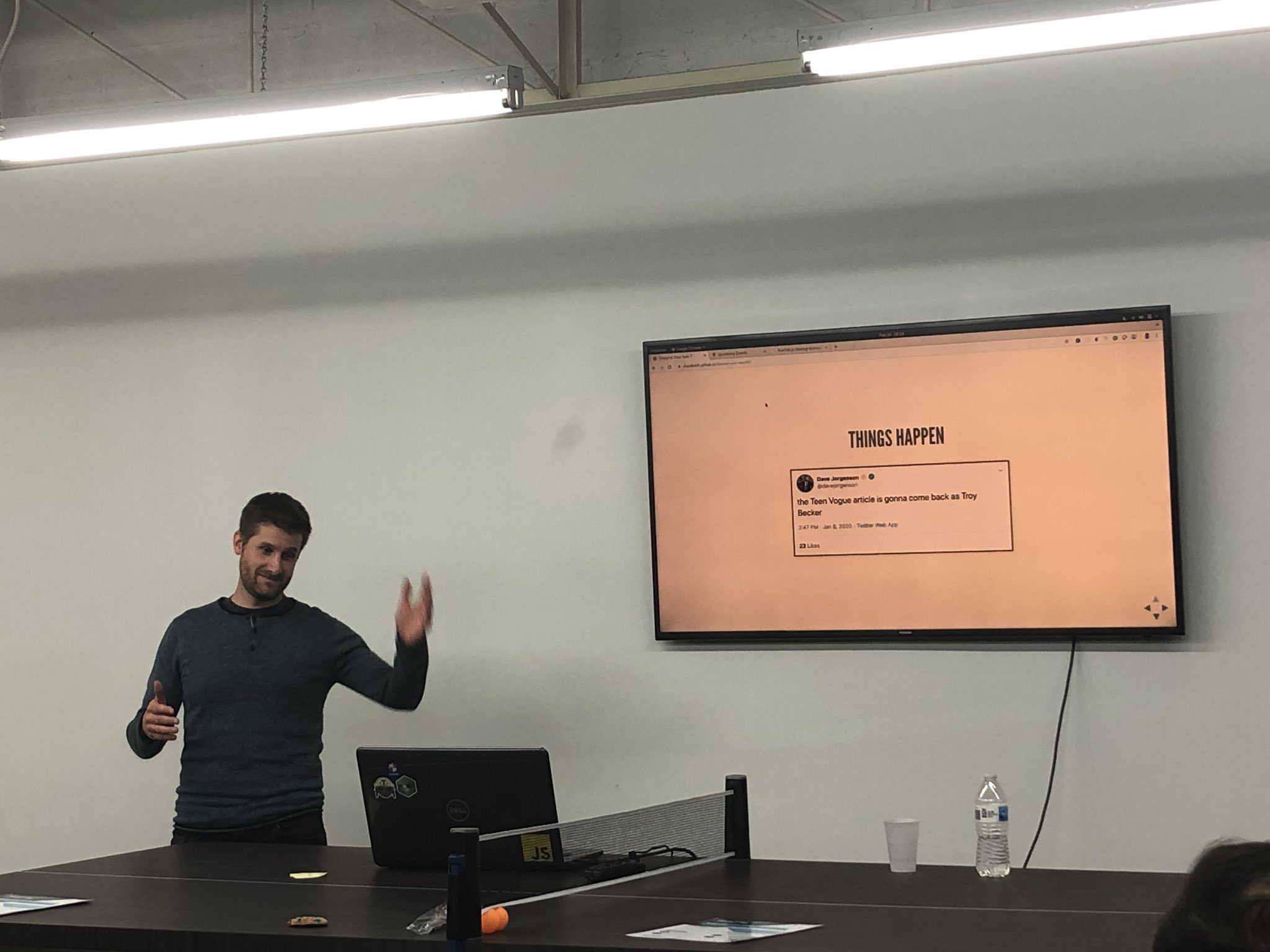 As chief technology officer, I primarily manage development of our application, Ursa Studio, as well as the technical infrastructure surrounding it.

I was born and raised outside of Boston, studied computer science at Harvard, and got an MBA along the line. Mostly, I’ve been writing code and leading tech teams throughout my career. I lived in Virginia for a while, following wife for work, but came back to Massachusetts five years ago, just a few months after Ursa Health was founded.

I stumbled across computer science my freshman year, when I dropped out of economics because I thought it was awful. Programming hit those spots of my brain that I liked and was good at. I like building things, but I’m terrible with my hands. I’m very into math, but it’s not a domain in which you can make things that are useful. Computer science is a form of math in which you do actually make things, and they can have a big impact.

You are very hands on with Ursa Studio’s development. Do you prefer doing or leading?

What frequently happens in my career is I start with a company mostly doing, and then I move into leading. Whipsawing between heads-down engineering and management is pretty satisfying. I have always loved writing code, but in a lot of places I’ve worked, even software companies, the biggest problems to solve have been not technical but managerial. In so far as I enjoy problem solving, I appreciate that I can do so at both code and process levels. I really just want to be where I’ll be most effective.

How did you become one of Ursa’s founders?

When you write code, you are bombarded with opportunities to quit your day job and help start some company. The prevailing wisdom is always to say no because the company is usually not a great idea.

I had been following Andy’s career (Andy, for the record, being my brother), and the stuff he was doing was always very interesting. It was engaging on an intellectual level but also important on a moral, practical level. He reached out in the summer of 2014, when I happily had a day job, and said he and Robin were thinking about starting a company to bottle up the magic they’d created at UCLA and try to get it working at other places. He asked if I’d be willing to be an advisor. Or, if I wanted to do more than that, that would be great, too. He really did not give me a hard sell and tell me I needed to quit my job right now.

That fall, I was still working at the day job but thinking through ways in which what is now Ursa Health could succeed. It just so happened that my job was reaching the end of its course. I had started at this big ERP company as a heads-down developer working to rewrite everything for the web, which is what everyone was doing in 2012. Fast forward two years, now I’m in charge of the effort, and it had become my job to acknowledge that it was not going to work. So my last act there was to fire myself, and in January 2015 I joined Ursa and started to help realize Andy and Robin’s vision.

I learned a lesson from this experience: Don’t put yourself in a position where a big rewrite is the thing you need to do. There are ways to approach programming modularly, allowing you to swap out bits and pieces as needed. Here at Ursa Health, we are constantly biting off small pieces to improve or add, and we never write anything that doesn’t go into our main trunk within a week or two. Not only does this avoid the sins of the past, but it keeps our product in a constant state of innovation.

In your opinion, what makes Ursa Health an interesting company?

An important part of my decision to join Ursa was that I saw my role as unlocking this value that already existed. Some software products are great due to their engineering, like Dropbox. It’s a simple idea, but what they were able to pull off was a miracle of engineering. A lot of pitches you hear from people who want to start companies, you quickly understand that they will only succeed on the basis of their engineers’ programming genius, and they are often destined for failure because of that.

I am not a miraculous engineer, and I don’t like idea of things needing to be miraculous. When Andy described what he and Robin were looking for, the product that is now Ursa Studio was already fully formed in his head. In other words, the core of what makes it great already existed.
I have a lot of respect for my brother—he has a big brain, he’s a visionary, and he’s capable of keeping a big system in his head all at once, with all its interlocking parts. At the same time, he’s an iconoclast, ready to dismiss conventional and often misguided trains of thought. For my money, it was a work of genius what he and Robin had concocted. The foundation underlying the application was mathematical elegance. At the same time, it had immediate practical benefit.

There was a vision here about how healthcare data analytics could work, and it resulted in a visionary product. If Ursa Studio had been made by committee, a bunch of product managers focus grouping or me-tooing other products in the market, it wouldn’t have been successful.
If I thought the company would live or die based on my programming genius, I wouldn’t have said yes. But I was uniquely qualified to unlock the value that already existed inside Andy’s head because we share some of the same brain. It took several years to match that conception, but what we have in practice and scope is very similar to what Andy and Robin set out to do at UCLA—what they were doing at UCLA, only without software, with bits of SQL code and Excel charts. It was very janky, and I was happy to improve upon it.

This is my third startup. Between every regular job I have, I do a startup. I always wrestle with the question: How is it possible for startup to be successful, particularly in a crowded space, and particularly when all the market forces are aligned against it? When you think about it, it’s kind of a miracle when a startup succeeds. It needs to have something going for it, and it’s wise not to bank on programming genius or the novelty of some slice of an underserved consumer space. Ursa had something worth banking on.

What advice would you give to other entrepreneurs?

Most companies don’t need to exist. If someone decides to be an entrepreneur and is looking for some vehicle, that’s probably the wrong motivation. The best way to start a company is to have something you really want to get done.

Another thing I’ve always believed, and Ursa Health has proved out, is that whatever you’re doing has to be in continuous, material contact with the people you serve. It’s a collaborative process, and one that enables rapid iteration and testing. In my last job, we did a four-year sprint on a project customers never touched. In founding Ursa, we made it a real priority not to spend time “in the lab.” We use what we build immediately. These are best practices that we not only encourage in our customers but adhere to ourselves.

What energizes you each day?

Well, I still do love writing code. For example, I got up this morning and fixed two bugs before breakfast because I just wanted to do it—I couldn’t stop myself. Being able to do that is great, as is being able to help guide the strategic path of the company, which is always super interesting and why I got an MBA. I have the best of both worlds, and I am always excited to start working each day, which I understand to be a rare blessing.

What is one thing your colleagues would be surprised to know about you?

My life is very musical. I’m married to a professional musician, and I play the piano and sing in a choir. Every night I sing one of my songs to my eight-year-old as part of our nighttime routine, although he's recently started complaining that my songs are too sad!